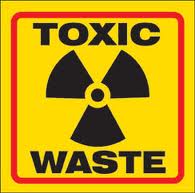 Stop Recycling Human Financial Waste like “Endless-Bankruptcy” Banker Michael A. Carpenter—from Kidder Peabody $600M Failure to Ally Financial GMAC $17B Bailout.
I am constantly overwhelmed by the basic human tenet: “That ‘shit’ floats to the top!”
Usually I delineate the detritus that constantly flows up and down the system in government ---both Republican and Democrats---alike.
In part,  I explain that phenomena by the fact that one takes basically a very weak narcissistic individual and then place them in a power structure where they need to excel by ‘sucking up’ and ‘beating down’—much like a totalitarian system.  In the end,  many succeed  because there is no accountability and sociopathy is part and parcel of  the political system.
[Previously posted a link to Eric Fromm’s book: The Anatomy of Human Destructiveness  read it to understand this type of sado-masochistic dynamic inherent in all organizations.]
This psychological dynamic clearly works as well in the banking world.  The only difference is that the dynamic of sucking up, sociopathy, and incompetence is replete with financial incentives and buy-outs. 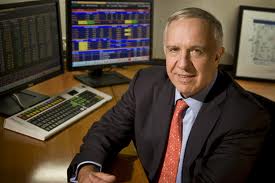 Without going too much into the details of the situation, suffice it to say, that no one portrays my concept of ‘financial human detritus’ than Michael A. Carpenter.   He is currently the CEO of Ally Financial Inc. , one of the leading automotive financial services companies that had once been GMAC and once was profitable but turned into a lemon.  BUT then it was bailed out by THE AMERICAN CITIZENS, to the tune of $17 billion.
GM and Chrysler depended on Ally to finance their dealerships and inventories and in return the dealers would refer customers to Ally for auto financing.
Simple business concept: You wash my hand and I wash yours!!
However, trust me when I say that no one can screw up a series of major businesses like the infamous Michael A. Carpenter.
And by the way,  Ally still OWES US TREASURY ABOUT $12Billion.  And no one either in business or government knows how he will pay back this money.
Several years ago,  I was working as a managing director at Kidder Peabody -assigned the task of re-structuring that organization.   Michael Carpenter was the president and CEO when I was there.  In less than elegant terms,  I told him he was incompetent and incapable.  I also remember telling him in my humble but irreverent sotta voce tone some rather insulting things about his low class English accent, his second rate school of Nottingham University, you know, my usual style.
So I resigned and left Kidder Peabody.  Gary Lynch of the SEC was brought in to take down that corrupt investment bank bought by the ‘ingenious, brilliant Jack Welsh’.
Subsequently, KP was liquidated. 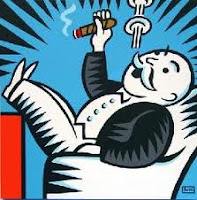 As a reward for doing so poorly at KP,  Carpenter was hired by Sandy Weill, [another piece of human detritus who bought the right to place his name on my once prestigious medical school Cornell University Medical School now known as Weill MS],  to become Chairman and CEO of Citigroup’s Alternative Investments from 2002-2006.  ‘ The Carpenter’ was in charge of Salomon Smith Barney Inc. and Citibank’s Global Corporate Banking Activities.   Smith Barney went under as did Salomon brothers.
In short, Michael is the poster child for corruption, incompetency and upward mobility in the financial world.
We will never fix this corrupt financial system if we continue to re-cycle these incompetent managers that got us into the mess in the first place.   Let’s hold these guys like Carpenter accountable for their failures, do not put them on boards of other financial companies when they cannot even manage their own jobs!  And for god sake, do not bail them out with taxpayer’s dollars!

Let, WE THE PEOPLE,  bury the FINANCIAL WASTE the way we bury any toxic substance --- Let’s keep our financial system as ASEPTIC as possible before it BECOMES A FINANCIAL CONTAGION---ONCE AGAIN!!!