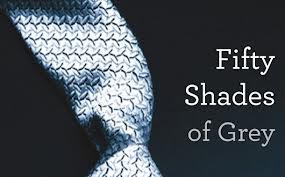 The GEOPOLITICAL IRRELEVANCE  Of The Horrendous Israel-Gaza Wars.
“War has broken out between Israel and Gaza/Hamas!”
Not quite right!
Almost every major news media outlet and internet chat room is replete with the alarming cry that WAR had begun with Israeli fighter jets decimating Gaza and it’s civilians and Hamas launching Qassam rockets into Tel Aviv and other parts of Israel.
The reality of the moment is devastating!
Now, I don’t diminish the tragedy of lost lives on both sides of the conflagration.  Nor do I,  in anyway, minimize the intensity of the outcries of anger, hurt, and pain.  Unfortunately screams of revenge hurled into the stenching smell of cordite scorching the atmosphere of destruction looming over both Israelis and Palestinians only intensify as the war keeps escalating needlessly….
But in reality.
I mean real cold realpolitik REALITY.  This war did not begin now, yesterday, or even decades ago.  This war between the Israelis and Palestinians began in 1948 when the State of Israel was created amidst the lands occupied by the Palestinians.
As to who was there first and who was historically culled from that particular geographical area on the eastern part of the Mediterranean Sea is not as relevant as how both the Palestinians and Israelis were being manipulated for the sole purpose of “Playing Out The Games of State”.
Just how did the US and other ex-Great European Powers manipulate both the Palestinians and the Israelis for the Superpowers’ specific geopolitical advantage in the middle east?
As to the cost in lives, that was quite frankly secondary in terms of consideration by British, French, Soviets and now the U.S. in their quest for gaining geopolitical advantage.
So who is the bad guy? 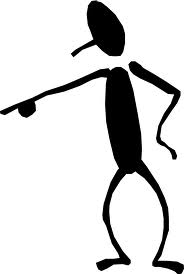 Let’s look at the history and you decide what where the wiry finger of justice should lie.
In 1948 when the State of Israel was created, the British Empire was waning and both the Soviet Union and the US were ascending in power.  The Soviets supplied the Israelis with weapons manufactured and transferred through Czechoslovakia.  In turn, the British,  in this game of strategic gamesmanship,  supplied and led the Jordan Arab Legion and subsidized the Egyptian Army,  all in the sole interest of trying pitifully to retain some semblance of influence in their Post WWI Middle East.  But history was not so kind and Israel with the outright help of Soviet military and technical assistance supported the birth of state of Israel.
By the way, at no time during the period from 1948-1968 did Israel ever proclaim itself as the “natural representative” of the “Holocaust”.   The Holocaust was not useful as shibboleth to a young Zionist state replete with bravado, the success of a war and the future promise of a state configured with the ‘new jews’ [implying that they would not submit as ‘passively’ as the Polish Jews and others into the Nazi death camps].
Then the Soviets pulled out of Israel for fear of creating an unnecessary confrontation with the rising economic superpower America.  Instead, the Americans encouraged the French to provide necessary armaments and military support in place of maintaining an American presence on Israeli soil.
But the Soviets instead of pulling out of the Middle East, decided to support Egypt and Syria while the US made a strategic alliance with Turkey and NATO.
[Please reader, always remember,  that NATO means USA.  Nothing else.  Just another initial to cover the US participation. It sounds more inclusive and multilateral.  Nonsense!! ] 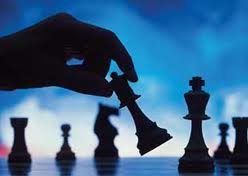 You are starting to get the idea that the Middle East was nothing more than a ‘geographical chessboard’ in which Israelis, Palestinians, Jordanians, Syrians, Egyptians and other Muslim countries were EXPENDABLE CHESS PIECES….mostly pawns.
Soon the Soviet Union began supporting Yasser Arafat,   Chief of the Palestinian Liberation Organization [PLO] with weapons and technical assistance in order to counter the chess moves that the US was making in Western Europe.
[Sidebar: I had known Arafat as both a ‘terrorist’ and as ‘Nobel Price Winner’.  I tracked him down and then was told to ‘leave him alone’ .  Decades later, I worked with him on the Camp David Peace Accords and other peace initiatives.] 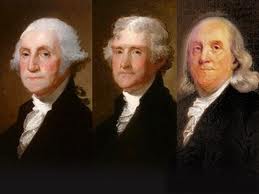 Basic Lesson In Terrorism: Today’s  so-called ‘terrorist’ is tomorrow’s ‘statesman’.  This was true of Menachem Begin, Mandela, John Adams, Our Founding Fathers, and Sadat.
Now back to the geopolitical chess game.
Remember for centuries the territory occupied by the Israelis-Palestinians was fundamental to the geopolitical rise and fall of empires because of it’s central location on the eastern Mediterranean Sea intersecting so many land masses crucial to trade.  And where there was trade, then came religion and ideology.  And of course,  wars.
But by 1968, the United States had reached the paramount position in the Cold War. It made a decision that Israel was not really needed for strategic or geopolitical purposes. 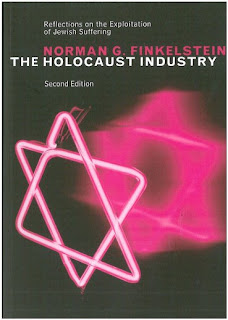 Realizing this geopolitical fact, the Zionist leaders immediately created another shibboleth which forced the USA to maintain a ‘moral obligation’  to the ‘survival of the State of Israel’.   By now, most you know, that the “Holocaust Industry”  was created,  with the assistance of effete French intellectual, Ellie Wiesel, whom I had first heard talk about ‘never forget the holocaust’ in Toulouse, France.
As a teenager, I had found his appearance and pandering to an audience that had lost half of their relatives as ‘degoutons’.  Disgusting!
Then Soviet Union was ‘taken down’ [with yours truly participating] so the US no longer really needed Israel and quite frankly the Middle East in general.  Even Saudi Arabia with it’s depleted oil (which we in the US rarely used but exported to Japan and China) was not relevant to the geopolitical Superpower status of the US.
We had no enemies and no need to have enemies!
But Israel, still unsettled by US abandonment, and never maturely developed as a Nation-State decided to create a ‘terrorist group’ called----you guessed it---“Hamas” .
I know this is getting somewhat tedious, all this deception, denial, creating ‘strategic tensions’ all over the world but bear with me….there’s a bit more.
In the late 1980’s,  I was sent over by the SecState, the Honorable George Schultz, to evaluate the state of Palestinian ‘banking’.
In reality, I went there with some very effective operatives, “off-the- record” [again no secrets are or will be divulged at any time by me] to interview several physicians like myself who were ‘members of the infamous PLO’ and talked to them.
Along with me, was the future Ambassador to Iraq and Afghanistan,  Zalmay Khalilzad.   At that time, he was rational and appropriate without a neocon agenda [otherwise I would have fed him to the ‘wolves’—he knew this.].
What we both learned at the same time from the PLO members [by the way PLO had become like the CFR, a Rotary Club of ex-criminals and ex-ideologues] who had informed us that Shin Bet –the Israelis FBI—had created in Birzeit a “terrorist” group called “Hamas”.
The idea, as crazy as it sounded to me then and now, was that Hamas would be supported by Sunni Muslims against the Shi’ite supported Hezbollah, located at that time in Southern Lebanon.  So Israel intelligence thought,  even to this day, that they could be so smart as to play one ‘terrorist group’ against another.  In the process,  they could avoid a ‘blowback’ like the CIA had with Al –Qaeda and Osama Bin Laden.
In any case, Israel failed miserably as did the PLO, PFLP and Hamas.  Believe it or not, the only ‘terrorist’ group that did well was/is Hezbollah.  The reason was simple.  Like all smart terrorists, they decided that they would convert their collective fighting energy into construction, financing business, and social welfare. That’s why today they are considered a legitimate part of the Lebanese government and society. 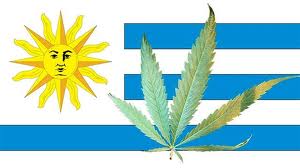 [Sidebar: The Ex-Tupamaros,  Uruguays’ terrorists and todays leaders are moving to legalize pot.  Now that’s an enlightened ex-terrorist group.]
Now you know the rest of the story.  We attacked Iraq and Afghanistan ,  thanks to the neocons and “BUCHENEY” [my new made-up word for the day], we lost, got out, and then we pulled out of the Middle East.
So there is poor Israel and Palestine…..left on their own.
Still in their inevitable, historical  Sado-Masochistic Ritual of ‘beat me-hit me’. 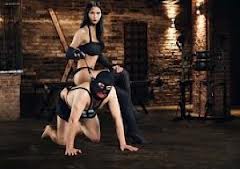 Of course, as you may or may not know,  S&M relationships serve a particular purpose for each of the parties.  Each one can become both the masochist and sadist without too much contemplation or emotional effort.
So as the US matures in it’s foreign policy and correctly turns it’s attention toward Asia where 90 % of our trade is involved and we concentrate on Cyber war, Cyber Security.   I can assure my readers, as both as a psychiatrist and former operative, that as long as Israel and the Palestinians want to whip and lash each other, that’s their ‘proclivity’ and no amount of sane talk will dissuade them from their dysfunctional behavior.
It’s a pity that Israel, Hamas and the Palestinians have yet to realize that in the course of history and the Real politics of Superpowers ….. they are COMPLETELY IRRELEVANT!!
So keep whipping each other, until there is no one left!!!
C’est dommage!!!
But that is the Human Condition!