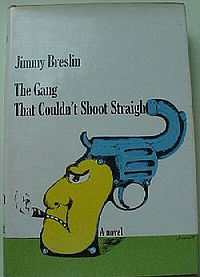 The Tragedy of Benghazi: The Gang Who Could Not Shoot Straight.
The recent revelations that General Petraeus, the DCI of the CIA was willing to take the blame for the unnecessary assassinations at Benghazi is both disturbing but also enlightening.
I am writing this blog neither to exonerate Petraeus or accuse anyone in particular of murder (as I did in my other blogs).  My dear readers, you probably know more about the timing and details of this tragedy than I do- for now, I want to talk about something bigger.
I want to address the fact that our entire national security system is completely dysfunctional (a reoccurring theme of mine).  I can blame President Obama and Bush Jr [which most of you know I like to do] or even my pet bête noire SecState Hillary Clinton.  But that really would be to little avail in trying to understand something that is far more important to our national security than these individual players in this tragic drama.
The key issue for me that should concern you, my readers, is that our military/intelligence/State Department/ DOD/FBI/DNI [Director Of National Intelligence Office] has become totally dysfunctional and quite frankly completely outdated and outmoded.
What do I really mean?
One of the reasons I with Tom Clancy had written the Op Center series over twenty years ago was to demonstrate in fiction what was really happening in the real world.
In the Cold War, we had a clear adversary and we knew how to approach it both in terms of strategy and tactics. We used a combination of successful covert actions initiated by a then very professional, dedicated group of career CIA operative and Military Intelligence Officers.  Now we have a much more complicated state of affairs replete with crises all over the world,  arising at will and in places we could not even spell.
The so called war on terrorism had distorted much of our military and intelligence priorities. Of course, I can blame 9/11 and the usual suspects but that’s past history and, rest assured, the present situation grants no leniency for the past.  However, the demands on our exceedingly understaffed but at the same time poorly trained Intelligence officers and State Department and Military professionals has taken a major toll on our country, along with our increasing debt.  Result: waning position as a superpower and an obscene waste of resources.
Unlike those conservatives who would like to blame this or other administrations on the disaster in Benghazi, the real problem is, as Pogo (am I dating myself?)  once said---us.
What do I mean? How can we citizens be at fault for something that we had nothing to do with?
It’s quite simple. Throughout the past thirty years, even back to the time of Reagan- we Americans had a real problem with State, CIA, FBI, and the military.
Hence, every one of these agencies had their own ‘secret agenda’ and therefore, no one, including Shultz, Casey  or Baker or even the Reagan , Bush Sr, and Clinton had no real idea of who was doing what.
So in the absence of a clear geopolitical strategy and the rise of international crises, and the past evisceration of the Carter’s dismissing four thousand HUMINT operatives,  our national security apparatus was working on basically what I would call an ‘ad hoc’,  ‘band aid’ approach.
Even my presence in different administration as ‘a singleton’ or DAS was a testimony to the fact that 90 per cent of national security had become ‘process’ and ‘not objective oriented’. That was my major concern as a diplomat/intelligence operative.
And I was simply a microcosm of the problem because, unlike other true professionals who had remained in the system, I had the ‘luxury‘ of ‘going in and out’ of the system.
So why am I an emblem of this national security problem?
Because for as long as I can remember, there has always been tension inherent in the different departments of government , in part a natural dynamic of different competitive personalities or policies and in greater part a  major lacunae of transparency, cooperation and accountability. Those three latter words are easy to declare but much harder to implement.  I don’t think I ever met a national security professional who purposefully went into a particular branch of the national security apparatus with the specific intention of ‘screwing up’.
Much like in Hollywood (where I was Executive Producer on four hours TV miniseries) I never met a movie executive who set out to make a bad film.  But the fact of the matter was and is that bad movies exist aplenty.
In National Security we have a more serious problem.
For one, the present CIA which is led by an extremely talented Petraeus (who had a history of competency, initiative, creativity and defiance of civilian misjudgment) is not a real professional organization but an “outsourcing institution” that relies heavily on recruiting ex-Special Forces members like the brave ex-SEAL Team member Dougherty and Woods as well as the other CIA operatives on the ground. In fact these two brave ex-soldiers were technically ‘contractors’ –in crass words, ‘hired guns’. And that is the very problem of the CIA. 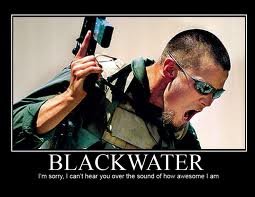 It is no longer composed of those born and bred out of the core of intelligence and state craft, a science of it’s own.  But for over three decades the CIA has been outsourcing it’s personnel from Blackwater, L3 Communications,  SAIC, Mitre, and many other ‘Beltway Bandits’.  What this really means is that we as a nation no longer really need an organization called the CIA which requires all kinds of nonsensical ‘diplomatic covers’ [which I had to create for thirty years] and places every other foreign-stationed personnel in harms way.
My solution is quite simple. Eliminate the CIA. We don’t need it. We have not really needed it in over thirty years or more. And instead, transfer the obligations of covert military operations back to the 16 different Pentagon Secret Agencies—Defense Intelligence Agency, National Defense Geospatial Agency, etc.
In short, eliminate civilian covert HUMINT outsourcing to full military control where there is more accountability and legitimacy.
My second recommendation is to eliminate the very program that congress had set up to integrate intelligence operations after 9/11 –Director Of National Intelligence.  If nothing else, the Benghazi tragedy illustrated the lack of consistent coordination between the State Department, the Regional Security Officers and the CIA.  DNI just confuses the issue of responsibility and integration.  It’s costly and completely an impediment to more fluid coordination.
Third, the State Department is becoming as antiquated as the CIA.  At one time when distances where too far for the President of the US to communicate with another world leader, about fifty years ago or more,  then we needed the ‘so-called ambassadors’ to ‘personally represent the interests of the President’.  Now with the internet, teleconferencing, Cyber communications and all kinds of innovative virtual meetings we don’t need nine thousand people overseas with again more thousands of outside ‘contractor’s protecting these non-essential, highly barricaded nine thousand employees.
As a DAS,  I learned that the professional diplomat who studies a particular area is important but not essential.  Witness the last three SecStates—Hillary, Condi, Albright—all flew around the world qualifying them for nothing more innovative than being able to attain millions of mileage plus bonuses.
In other words, the Sec State position has become less and less relevant in the 21st century. There is no need to ‘touch the flesh’ of another world leader.
Furthermore, I have always been bemused if not confused why lawyers were particularly qualified to be Sec State when in fact most of the international problems were driven by national character- tribal, political and psychological issues.
Perhaps it’s not an accident that the major treaties that this country initiated involved in part, my political psychological input—
In fact, SecState Baker ran the entire 9,000 State Department with primarily one very talented Political Economist named Robert Zoellick who became President of the World Bank.  So fewer people can and do accomplish more that an entire system.  (Just take a look at what has happened to our big corporations in the last decade, consolidation, down sizing etc because of TECHNOLOGY)
I am not that narcissistic to think that I am essential to any treaty or national security accomplishments, but I am realistic enough that for thirty odd years, I  complained that the FSO training at the State Department was completely misdirected to area and language expertise with little or no training in cross cultural negotiations or national character studies.
Therefore, in my humble opinion we need fewer FSO’s and allow the more professional ones to run the State Department like the present incredibly accomplished Ambassador Thomas Pickering who is running the Benghazi investigation as well as his side kick Under Secretary Patrick Kennedy who knows more about management/administration than all of McKinsey and Bain Consulting put together.
The last point, is the most serious one.
And this concerns all the Presidents of the United States. For the most part, the American citizens have to understand that a President is very limited in his ability to do anything more than create a war.
Let me repeat that. POTUS can do very little domestically be they Republican, Democrat or Independent.  The domestic program constraints on them are so great that the only thing for them to do in order to enter the pantheon of history is to create a war.
More often than not the wars are initiated and maintained COVERTLY. That means no one has to know about this covert war wherever it may be—in the Middle East, Africa, Asia, etc.
This is where congress and the US citizenry who elect them must step in and stop these covert wars. 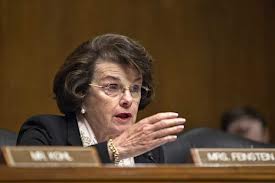 Personally I do not trust the members of the Congressional Intelligence Committees, they are easily persuaded to what we call in the business a ‘finding’ allowing the CIA and other ‘cloaked’ military /civilian organizations to engage in covert actions.
Last but not least, the White House has to clean sweep  it’s ‘choir boys’ of all presence. The more covert operatives that works as ‘deputy to the President’ the more wars and problems we will have.  We need transparency and a drastic reduction (or elimination) of “top secret security clearances”.  There are 800,000 contractors with “top secret security” clearances!!! You can only imagine what evil they are up to….
Finally, let us heed the words of perhaps one of our greatest generals and Presidents, Dwight David Eisenhower  who warned us of the ‘dangers of the military /industrial complex’ but also warned the unrestrained Allen Dulles, then DCI, that ‘your CIA will create a Legacy of Ashes throughout or American history’.
What made Eisenhower great?
He took us literally out of a failed Korean War initiated by Truman and refused to enter another war –Vietnam War, (unfortunately ultimately initiated by JKF and LBJ.)
America! it’s time to slim, trim, downsize our national security systems, rid ourselves of the CIA, integrate military Intelligence, making it lean and mean for the CYBER Age.  Finally, restructure both the State Department, return it back to the professional senior diplomats, eliminate ‘contractors’ and increase senatorial investigations particularly by the likes Levin and Grassley.
And tell the President, no more wars! Overtly or covertly.
Our biggest national security problem has been and will be our increasing national debt.  Let’s begin the process of slashing our redundant, wasteful, ineffective intelligence, military and diplomatic services. ..we have better places to spend our money in the Cyber Age. 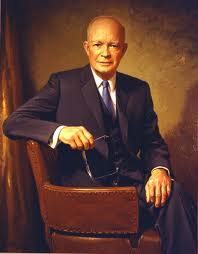