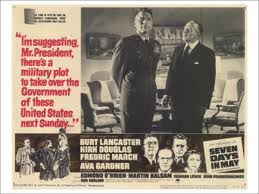 THE THIRD SOFT MILITARY COUP
General Petraeus, DCI, Sacked From CIA for Extramarital Affair: Why now? Why so precipitously?
What Does This Have To Do With The Cover-up On Benghazi?
Please excuse the following literary introductions to the aforementioned question? It’s important to understand the past history of the answer to Petraeus sudden dismissal and the obfuscation surrounding the Benghazi Affair.
Dear readers think of two books written fifty years ago—Advice & Consent [1962] and Seven Days In May [1964].
Oh by the way, please add two more books, entitled,  Maximum Vigilance and  State Of Emergency written by yours truly, Dr Steve Pieczenik, almost twenty years ago.-
What do these four books have in common?
They all refer to an impending military coup against a weak or corrupt President at a time when POTUS appears to be politically most vulnerable—before an election or during a treaty negotiations when major concessions are being made.
I would like to summarize my point about Petraeus and Bengazhi as the “Third Soft Military Coup.”
What do I mean by a ‘soft coup’?
A ‘soft coup’ is an attempt by the US military and  other organizations within the US government to change the present POTUS without any appearance of tanks, military personnel in the streets of America, or imposition of dictatorial powers that would inform the American public that in fact there had been a change of the “democratic’ nature of the republic.
Please remember, my dear readers, that a republic simply means a nation-state with representation by elected intermediaries like legislators, etc.  You must recall that a republic suis generis is not by nature a democracy.
So why is this concept of the maintaining the integrity of the republic so important?
Every military, intelligence and other government leader pledges allegiance to the constitution and the Republic –not democracy.   The notion of democracy is simply implied in the Constitution and inferred by the electorates.
So what happens when an elected President is no longer convenient for whatever reason?
Take the case of JFK, dissipate, indecisive, pot-smoking,  LSD –tripping President who threatened the perceived military strategy of ‘strategic force’ so the CIA, the military and other organizations conveniently assassinate him.  A conspiracy?  Not really!  It’s a fact that many of you can read about in several books.
This particular assassination I knew personally about because one of my operatives, Cord Meyer,  a brilliant disillusioned CIA operative had his ex-wife Mary Pinchot, the  free-spirit who introduced JFK to Pot, LSD and Peace Movements, murdered on jogging path in Georgetown.  Yup, his own wife.
But let’s not dwell on the details of whether I am right or wrong.
The next U.S. coup was another ‘soft coup’ in which I was a witness.   That was the one that we talked about when CIA operatives called the “Watergate Burglars’ were caught and then Nixon was forced to resign as a result of this amateurish CIA prank.  Thanks to Jeb Magruder [CIA], John Dean [CIA recruit at Georgetown University--- a center of CIA recruiting], and Alexander Haig [military Intelligence] and Bob Woodward [CIA-Naval Intelligence], there was a ‘bloodless coup’ in which John Schlesinger,  DCI and the Sec Def as well as Sec State State took over control of the government without the ‘spilling of blood and guts’.
I was there! So let’s not get into conspiracy ‘babble’.
Twenty years later I was asked to work on the Bush Jr campaign.  Unfortunately I helped out because I was quite loyal to Bush Sr and the fact that he turned out to be a disaster was my belief that he would be ‘controlled by his father’ . But I was wrong!
By the way, I do mistakes! Quite a few as it turns out! But hopefully I would have learned from my mistakes.
But let me continue with the point about ‘soft coups’ and how I personally know about them and how I had participated in them. 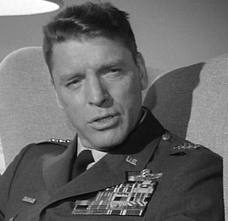 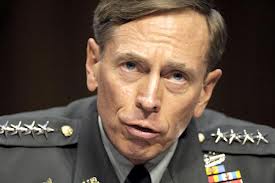 Dear reader, believe me all of this prelude will lead up to the point I am about to make about General Petraeus sudden dismissal along with the dismissal of AFRICOM Commander General Carter Ham and Rear Admiral Admiral Charles M. Gaouette from the command of the powerful Carrier Strike Group Three [CSG-3].
All three were dismissed suddenly because the White House feared correctly that there would be potential military coup against  President Obama ---making this the Third Military Coup in recent American History.
Anyway back to Bush Jr and his vitriolic administration that eventually eviscerated our brave military warriors and their capacity to fight future wars.
The simple story of my involvement was that I worked behind the scenes to ‘denude’ POTUS and rid DOD of Rumsfeld and Cheney.  We were able to get rid of Rumsfeld.   A very brave American hero took his place in Robert Gates (Bush Sr long time operative).   Cheney’s right hand man---Scooter Libby was imprisoned and Cheney could no longer trust our DOD so he created the ‘killer for hire’ through his contact with the sister’s brother, ex-failed SEAL Team member who had just created Blackwater.   That’s how mercenaries began to substitute for our brave soldiers who were making a fraction of the pay of these ‘killers for hire’.  These mercenaries had the best equipment and the best health care that money could buy.
The basic point: I was asked by a friend and ex-Special Forces Commander,  who represented a senior official within the Bush Jr administration why I should not be brought up for ‘treason’—working against POTUS in order to overthrow him in ‘soft coup’?
My answer -”If a President is a tyrant, then my act of treason is an act of patriotism.”   I told him that I had been insubordinate in throwing out President Jimmy Carter in order to save five hundred hostages.  So I have no problem going to Federal Court pleading guilty as long as I could swear to the lies of Bush, Cheney and Rumsfeld  in the 9/11 “stand-down’  and their murder of thousands of innocent Americans.
All discussion immediately ceased concerning my ‘act of treason’.   I continue to pursue the truth concerning neocon killers who must be brought to justice.

Finally, we get down to this issue of the sudden dismissal of CIA Director David Petraeus….
As most of you know,  I have been a great admirer of General Petraeus for well over ten years since he was a Major General in the Army and showed incredible initiative and aggressiveness in Iraq and then in Afghanistan.  Whatever he did or not do concerning his personal affairs is not really relevant to me ---nor should it be to you.
And this is why!
The timing of Petraeus’s sudden revelation of an affair with a ‘journalist’ who happened to have been a West Point Graduate and an ‘intelligence’ Analyst but also a ‘biographer’ makes this issue a key point of the concept of soft coup. 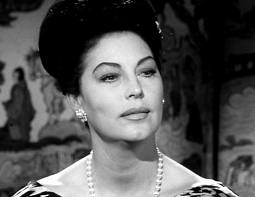 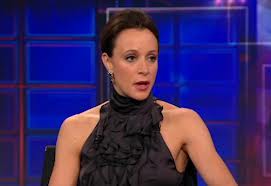 Normally a DCI does not resign over extra-marital affairs in general and in particular, especially when it involves a potential cover-up over what really happened in a covert CIA led operation in Benghazi.
Remember what I told you in the previous blogs that Benghazi was a strictly CIA operation involving the storage and ‘illegal‘ supply of ‘heavy weapons’ , including Soviet made MANPADS RPGs, to ‘freedom fighting rebels’ led by Abdelhakim Belhadj, the most hard-line Islamic jihadist and the Former Leader of the Al-Qaeda- linked  Libyan Islamic Fighting Group [LIFG}  and head of the Tripoli Military Council.
Lost yet!!! You should be!
Remember what I have told you before.
The CIA creates the problem (i.e. the monster Al-Qaeda to fight the Soviets) and then, this monster goes out of control, and the CIA goes around creating more problems—like the “Arab Spring” and then guess whom they use to control it?  CIA arms ‘freedom fighters’ against the ‘tyrants’ that they previously created—Mubarak, Qadaffi, etc. ----yes, they use the guys who supposedly killed us in 9/11  now they are the ‘new freedom fighters’.
The CIA is a mess. Guess who does not like this mess?  You got it—the military!
Especially generals like Petraeus who tried to ‘militarize’ the completely ‘amatureish  CIA’  and we have two more military officials—General Carter Ham and Admiral Charles Gaouette.
General Charles Ham is a distinguished combat general who requested support to defend and rescue the Ex-SEAL Team Contractors and Ambassador Christopher Stevens and others who were engaged in a fire-fight that was continuously monitored by the NSA and satellites in real time.  He was immediately relieved of his command and replaced without a moment’s hesitation or explanation by Army General David Rodriguez. That order came directly from the White House to Panetta to General Dempsey, Chairman of the Joint Chief of Staff  [I have already written about these ‘choir boys’].
At same time but at a different location, R Admiral Charles M. Gaouette, command of the powerful Carrier Strike Group Three[CSG-3] consisting of the five US Navy carrier strike groups were specifically designated for projecting naval airpower ashore.
The key point about the conflagration in Benghazi was the both Navy, Army, CIA, SEAL, Special Forces team all pre-positioned were ORDERED to STAND DOWN by the WHITE HOUSE.   In the process of that STAND DOWN, brave American soldiers and diplomats were massacred by forces that could have been ‘neutralized’ but POTUS refused to save their lives and invoke military assistance.
Those who dared to defy POTUS (as I had done in the past), these brave military and civilian personnel were subsequently dismissed .
Now POTUS has been placed on notice that he had covered up the massacre of a covert operation gone awry and Petraeus, Ham, Gaouette are cordoned into a corral of obedience and silence.
But what Obama and the White House had feared the most and continue to fear is the following words of the famous DCI and Sec Def, Robert Gates, who on his parting words to both the military and the CIA  made the prescient warning [I have paraphrase it]:
“I warn both the CIA and the military that intelligence community not become completely militarized”.
One minor final point!
From the very beginning, my dear readers, as I have said, Obama and his mother, maternal grandmother, maternal grandfather were and are all part of the famous ‘gang who could not shoot straight’---our INFAMOUS CIA!!!
Please don’t forget that in the Watergate episode the FBI was monitoring CIA activities and vice versa.
Who discovered the DCI emails in the Petraeus affair?  The FBI!!!  Yet when it came to 9/11 stand down at WTC,  they could not find a trace of anything other than ‘burnt Saudi Passports’ and personally helped the bin Laden family members to escape by the only flight allowed out of  the USA.
Nice work, FBI Director Robert Mueller, ex-Marine Corps Officer ---You really have gotten away with murder.  Remember you were appointed FBI Director only one week before September 11, 2001.
Bob, really between you and me,  don’t you find it morally reprehensible that you ‘investigated’ Manuel Noreiga  for ‘his crimes’ under Bush Sr and then Bush Jr appoints you FBI head….hmmm.
I think it’s time for you, Robert Mueller,  to resign as well.
That’s the least you can do for our country!! Don’t try to play the kabuki of ‘investigation’.  Just stop the wanton murder under your leadership at the FBI.
To our brave men and women in the military:

Never but never Stand Down !!!