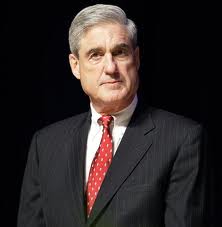 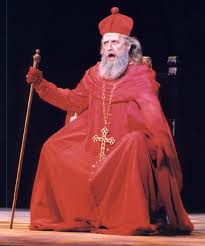 The Grand Inquisitor:  FBI Director Robert Mueller.
In the world of dirty tricks, secrets, lies, deception, denial, false flags , and stand downs, in other words in the world of National Security Intelligence, no one makes the loudest noise than the man who says nothing.
In this case, there is no one like Robert Mueller.
Quite frankly, my dear readers, I must admit that for many reasons, this man really impresses me unlike any other person I had ever met in my thirty year career in national security.
Let me be up front, as I usually am, and admit to you that I have never met him but that I would love to …and ask a baker’s dozen of questions.
But, alas, that will not ever happen for obvious reasons as you will soon read.
First of all, Robert Mueller was propitiously made the FBI Director only ONE WEEK before September 11, 2001. 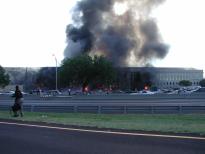 Then he had to be involved in the Osama bin Laden fairy tale but more importantly,  he had to have ordered the FBI to eliminate any of the tapes that were taken away from the stores and gas stations that showed that there was no plane that had crashed into the Pentagon as I had previously mentioned.  It had been a missile a la USAF Chairman Richard Meyer [one of our worst military commanders –but that is another story]. 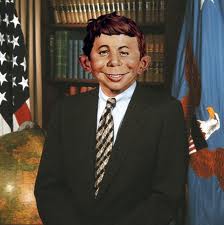 Then we get back to Mueller’s involvement in the “Fast and Furious” affair with our illustrious, our beloved dysfunctional Attorney General “What Me Worry?”  Eric Holder.   The Black Man’s version of Senator Joseph McCarthy.  He can find a pig in the poke when he needs to---think of the recent emails about General Petraeus and his ex-women friends.  But Holder can’t get the FBI in four weeks to Benghazi---TOO DANGEROUS!!!!!
Now I don’t believe—much ---in guilt by association, but whom you sleep with determines which fleas or shit you wake up with---usually a politico of some sort.
But let me not be so hasty to judge Robert Mueller.
Oh don’t forget that we have Mueller involved in ‘some mysterious way’ with the only flight of out of the country hours after 9/11 facilitated by our noble FBI operatives----of the Bin Laden family ---for ‘fear that they may be in harms’ way’. WOW! 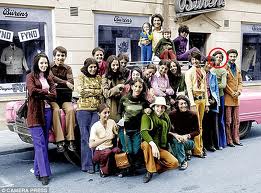 That’s pretty empathic of Mueller and the FBI. They first worried about the safety of potential target as opposed to the safety of our country??
Hey, let’s not knock, the G-Men for following orders.
I will tell you, my dear readers, one thing I do know about our beloved FBI G-men created by the Crypto-Homosexual, Crypto-Fascist, ex-Mob ‘jock-smeller’ and race-horse enthusiast [owing Frank Costello, Meyer Lansky and Lucky L. large sums of money----our favorite American Hero]--- Edgar J. Hoover--- like the self-loving CIA,  no one loves the FBI as much as the FBI does.
To be honest, the FBI has a longer history of self-delusion and malignant narcissism going back to James Cagney and the movie “G Men”.  Then of course there was “I Led 3 Lives” for radio and TV.  Let’s not forget that the big TV series The FBI starring Efrem Zimbalist Jr ran for nine years on ABC.  You see, JEdgar was very careful to hone a positive, beneficent  image in the American public’s eye. 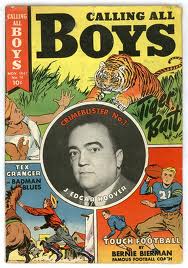 However, my experience with the FBI, especially during the “Hanafi Muslim Siege” in 1977 was that they were like the CIA---completely dysfunctional, weak and counter-productive.
I had to throw them off the hostage siege team because they could not repel off of helicopters and they could not effectively negotiate a ‘napalm filled stair well’.  Their chief even begged me not to use them.  I complied and relied (as most local police men will testify) on the incredible talents of Chief Cullinane---DC Police and their personnel.
Not only was the FBI a ‘real disaster’ but they were DANGEROUS!!!!
But guess what, my dear readers?
Two years later, they portrayed themselves in TV show, repelling down the very building they were afraid to even touch.  What a creative FBI re-writing.  Oh by the way, thanks to you taxpayers, they also have a division that works with ‘Hollywood’.
Now back to Mueller.
Robert Mueller has nothing to say about Osama bin Laden and his ‘eventual assassination’.  That’s impressive.  So far it shows that Mueller, knows how to keep his mouth shut unlike his boss Eric Holder. 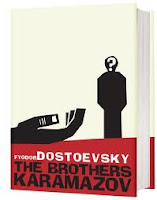 But what interests me is that Mr Mueller,  like “The Great Inquisitor” in Fyodor Dostoevsky’s brilliant psychological novel The Brothers Karamazov,  who feels that most humans by nature are incapable of handling freedom;  of taking care of their basic needs;  of accepting the moral responsibility of conscience living with differences.  He does believe that only a small group—read: elite—BY NATURE--- are really capable of leading these people with conscience and good grace.
Truthfully, my dear readers, the aforementioned section was pretty heavy intellectual lifting even for me. But please follow my reasoning and your curiosity will hopefully will be rewarded accordingly.
You see, unlike you and me, Robert Mueller is really BORN OF THE MANOR.  He was born in 1944 in NYC and grew up outside of Philadelphia---please read MAIN LINE Wasp. 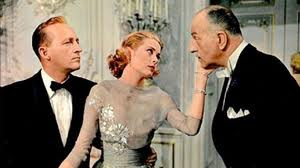 Now here is the difference between Robert and me and those other pushy guys like Paul Wolfowitz, Sandy Berger, Stephen Hadley, Frank Fukuyama all Cornell University alumni [not quite an Ivy League School] and Richard Perle, Elliot Abrams (neo cons)  ….Mueller went to ---drums please---St Paul’s School.
If Jesus were to descend and attend private school in America, I don’t think that even he, “a Prophet”--- could have gotten into St Pauls,  maybe Andover,  maybe Exeter,  but not St Pauls.   Even the original St Paul—Saul of Tarsus---an epileptic who fell off his horse in Damascus Syria, --could not have even attended St Paul’s School ---let alone be on the Polo team. 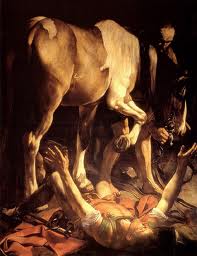 Then, Mueller attends Princeton University where he graduated in 1966 with a B. A. nothing unusual there. But we poor folks did not apply there.  I , like many others, strove to get out of the ghetto through a New York State Scholarship based on merit and attended Cornell University…happy to be far enough from 108th and Amsterdam and wile away my time until med school. 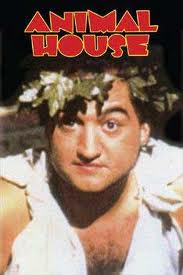 Next our Mr Mueller attends New York University Law School in 1967 [not very prestigious] but wait—there we are---he then goes onto to , yes, University of Virginia School of Law –whew!!—and graduates from that Waspy institution [founded by our Founding father Thomas Jefferson—the ultimate hypocrite---black mistresses and children while espousing the benefits of slavery] in 1973.
From my brief reading of his disjointed law education,  I could make the case that RM is not the ‘swiftest boat in the harbor’ but who the hell cares when  you are pure blood WASP.
But now, my dear readers, we get into a little ‘tricky area’.  Unfortunately for Mueller, I know this case all too well.
There is the fault line in the Grand Inquisitor----Robert Mueller was the Prosecutor-in-chief of Panamanian General Manuel Noriega.
As many of you have already read in my other blogs, that I was sent down to give Noriega an ultimatum to leave his country for reasons that I, along with our State Department Counselor,   never fully understood ---first, I was to ask politely then if that didn’t work…(it didn’t) I created agitprop.
But throughout my experience with Noriega even up till this day, I was never really sure why we threw him out; other than he was an embarrassment to the Bush Sr administration.
Noriega once explained to me in a Safe House [believe me there very few CIA there ---mostly DIA.  As usual,  I relied on my Military Intel operatives and not ‘drunk Irishmen’--- oh there was one CIA operative, a beautiful  blonde-haired woman, hmmm.. I do admit that I doubled her but back to the story]---he, Noriega, was no longer useful to our country; so like all the allies we work with ---Sadam Hussein, Osama Bin Laden, Gaddafi, Somoza, etc—we eventually get rid of them when they are ‘inconvenient’.  We don’t kill them usually we just send them away to a distant location. 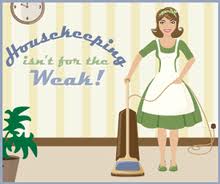 And so it was with Noriega who had chateaux in France and Spain.
But for sure, Robert Mueller must have known exactly what I knew. The only different was----simply this---he was co-opted by his fellow WASP—the Bushs Sr and then Jr.
So like all WASPS who don’t go to hell,  they end up in a future administration.   In this case, Robert Mueller did such a good job at monitoring the US citizenry with General Michael Hayden [Head of the NSA and CIA] that he was rewarded the “Grand Inquisitor Role”. 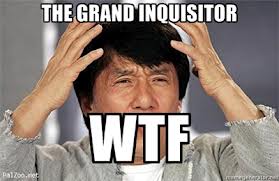 So that is how this brave American ex-Marine who won the Bronze Star, Purple Heart and the Gallantry Cross, Robert Mueller, decided to sell his Episcopalian soul for a few shekels of political fame and fortune and turn against the very people he had sworn to defend---in his oath of office as a military officer and Director Of the FBI-----in order to participate at increasing higher levels for a two decades in a Faustian deal where he could monitor the well-being of WE, The People.
I am ashamed of you Robert Mueller!
Of the others,  I could have expected more or less this type of despicable behavior.   But you were born of the manor to protect and defend us against any and all foreign and domestic tyranny ---but you have failed us.
And for that alone,  America will never forgive you.
As for the dysfunctional, almost pathetic, self-aggrandizing FBI, believe me…. POTUS will find another highly compromised politico---just like Bill Clinton found Louis Freeh in New Jersey [one among many of ‘the chosen families’—the Supermob!],  American History will always condemn you to be like the Grand Inquisitor---the American Anti-Christ!!! 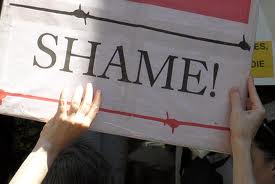