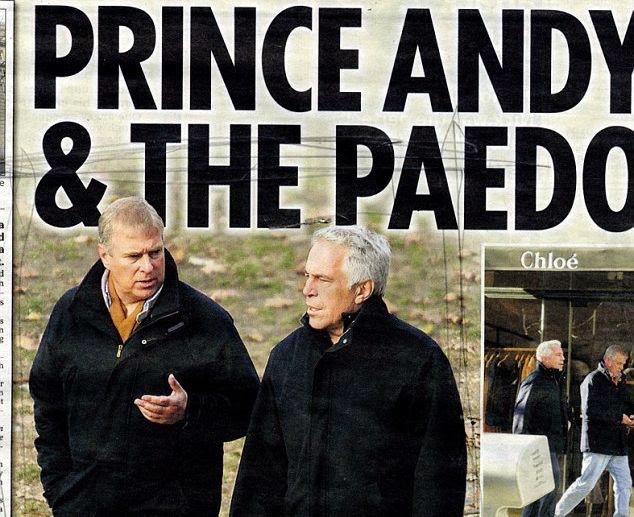 Harvard Professor Alan Dershowitz Implicated in Pedophilia Case by U.S. Prosecutors!
Israel, as it begins to fall apart as a nation, has lost its main propaganda “Dummy”,  Alan Dershowitz,  to a child sex scandal.
Its quite a challenge when my readers are ahead of me on such happenings.  I congratulate you all on the different insights you have provided me and others regarding this nasty stuff. I can add very little to this despicable case of moral depravity implicating Alan Dershowitz and other prominent politicians. 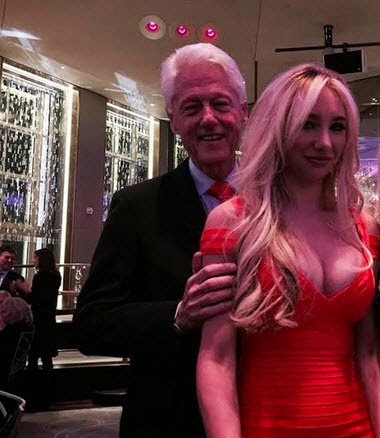 May I suggest that by now, the Webster Dictionary should create the noun -- to become a ‘CLINTON’; which means  suis generis-- ‘morally depraved, grandiose, sociopathic, self-destructive.’ This would apply to all members of the Clinton family and their extended sycophant coterie. Yet the most interesting character in this specific criminal case is the egregiously unctuous so-called Harvard Professor—the professional Jew and Zionist, Alan Dershowitz who has been clintonized long before Clinton came to prominence on the political scene. 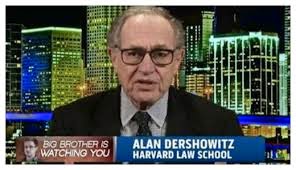 Never before have I found a more annoying strident voice promoting the cause of Judaism and the State of Israel than the ignorant, self-delusional Dershowitz.  His incessant craving for public recognition mirrors a sado-masochist’s need for constant pain and punishment as a release of internal tensions.  Israel has become a morally hypocritical nation, the existence of which was defined by a moral catastrophe whose founders including Theodore Hertzl [btw also accused of being a pederast] decided to front the Jewish Bund which wanted to create a haven for the persecuted jews.
Now God or serendipity has played its most brilliant strategy.  As punishment for Israel having killed thousands of innocent Palestinians in Gaza and for its ‘stiff-necked’ insistence on war and occupation as the justifiable means of existence, the greater force of the universe have conspired to proclaim that Israel and its egregious spokespersons will have to pay the price of hubris: DESTRUCTION.  Several years ago,  I had warned that Israel’s self-destructive path towards Iran, Palestine and its constant double-dealing with Hamas and ISIS would eventually end up to eviscerate the very guts of the country.  Its a shame that those brave Israeli Reservists who were dying for a few inches of land attached to a false narrative would eventually end up in an Armageddon of  world condemnation.  An advanced hi-tech country, Israel has acted as a morally impeded child regressing to the very extremist ancient roots of the false prophet and charlatan Rabbi Schneerson, the faux leader of the ersatz Jewish Orthodox Group, Chabad.
The more Israel reverts to the precepts of these unholy charlatans whose panoply of sexual practices including homosexuality; leather fetishes; sado-masochism; and pedophilia—portrayed in the brilliantly prescient 1980 psychological thriller “Cruising” , starring the Al Pacino, produced by the intrepid Jerry Weintraub.  This vintage film delineates in clear pictorial exposition the perversions that Alan Dershowitz and those other so-called ‘religious Jews’ and Zionists have been involved in while at the same time professing to the world the moral imperatives of the nonsensical terms, “Never Forget [the holocaust] and Never Again!” 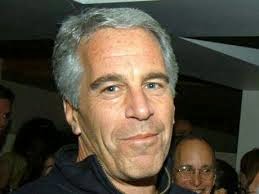 That grandiosity and self-delusion of people with little talent or real accomplishment like the low class Jeff Epstein who associate with Clintons and Dershowitz fits into the psychological paradigm that ‘birds of a feather flock together’.  Not more complicated than that.  I want to thank the Southern Florida Federal Prosecutors as well as the Judges and FBI agents for identifying Dershowitz and his fellow travelers.
Israel will continue on its course of self-destruction as long as Bibi leads this nation of atheists, pious hypocrites, and military jingoists into an ever expanding area of depravity.  Such psychological political dynamics will spin Israel into a whirlwind of evisceration.
Palestine will eventually become a state irrespective of any interference.  It’s their time to be recognized!  They were there before any Diaspora Jew ever wanted to live in a desert. We Ashkenazy Jews are neither born of the tribe nor part of any ancient history that was concocted by some story tellers and fakirs. We were nomads in the Pall region of the Ukraine, Poland and Russia.


The rest is just that—myth making and weaving a nonsensical  story of entitlement. In any case, dear readers, thank you for all of your input on this salacious case. Please continue to contribute your thoughts.